Between October and March we have Flatback turtles nesting nearly on our doorstep so it's the perfect excuse to come and stay with us.

In the water, sawfish, dugong, dolphins and millions of invertebrates inhabit the sand and mud flats, seagrass meadows, coral reefs and mangroves.

The marine park is a major nesting area for flatback turtles which are found only in northern Australia. One of the highlights in the wildlife calendar from October to February each year is turtle nesting. Guided by primordial instincts, females heave themselves up the beach to dig a deep nest, where she will lay hundreds of eggs during her long labour. Eight weeks later tiny hatchlings start to break free and scramble out of the nest toward the sea. All marine turtles are protected, so never approach a nesting turtle or disturb the nest if you are lucky enough to see one.

Any disturbance to the turtles and migratory birds can affect their survival, so please take care and follow the Leave No Trace principles. 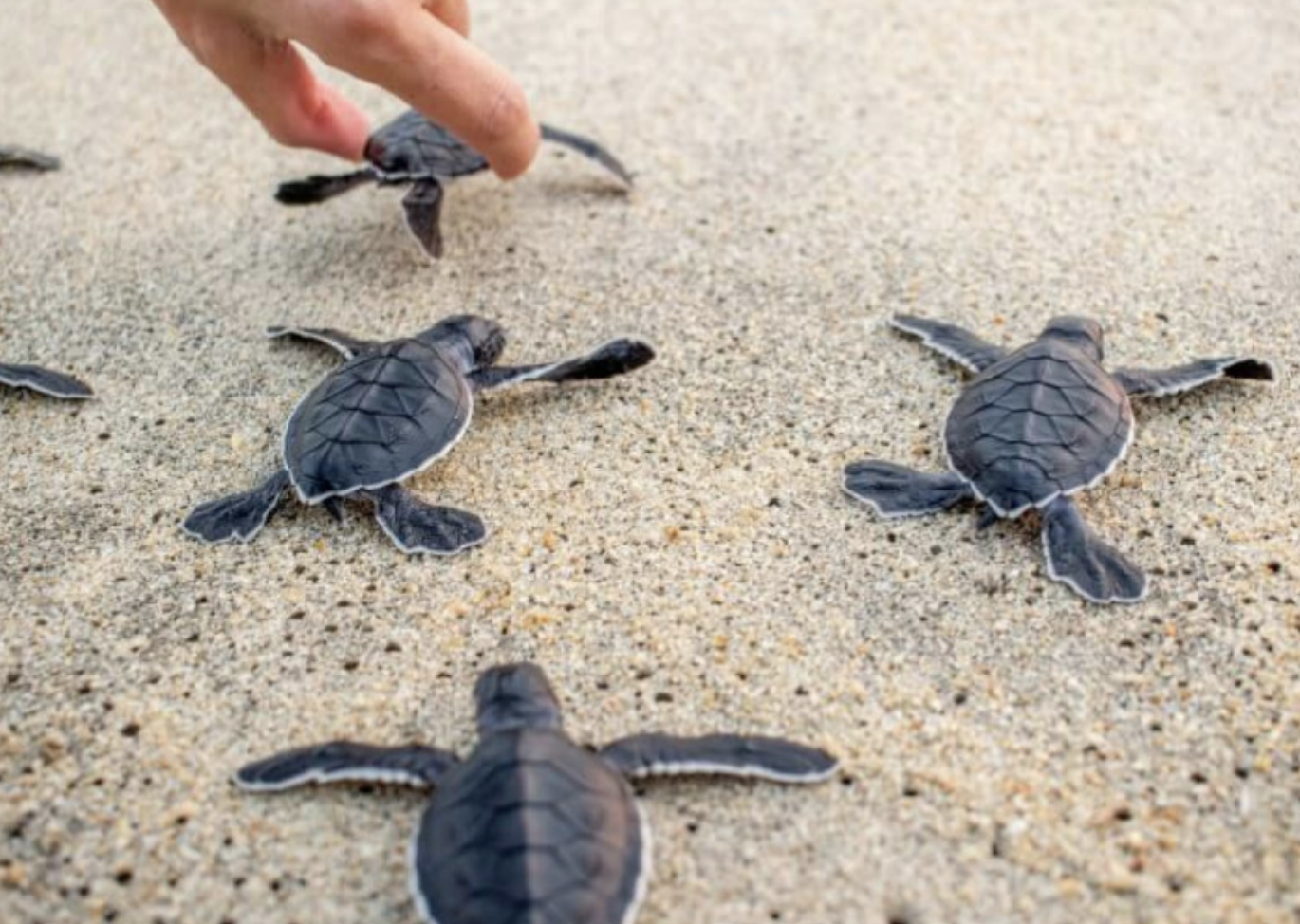